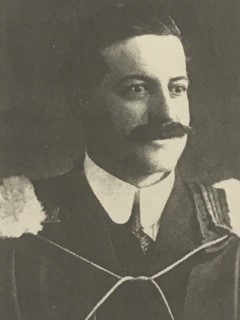 A name for the new French First Language secondary school and community centre has been chosen.

The name was proposed by Vincent Bélanger as part of a competition launched by the Commission scolaire francophone du Yukon (CSFY) with the Yukon Francophone community and students from École Émilie-Tremblay and Académie Parhélie. The name was selected as part of the competition and Vincent will receive an award of $100.00 for submitting the name Paul-Émile Mercier.

I am honoured to join the Commission scolaire francophone du Yukon in announcing the name for the new French First Language Secondary School. Paul-Émile Mercier’s legacy as an engineer and professor will inspire generations of Yukon students on their learning journey. Congratulations to Vincent Bélanger for making a great suggestion.

The CSFY and the Yukon francophone community are proud to be able to associate the name of Paul-Émile Mercier with the new secondary school community centre. This is a wonderful way to pay tribute to this Francophone who left his mark on the Yukon and who contributed to the creation of our cultural heritage. Through his contribution to the economic and social vitality of the territory, Paul-Émile Mercier is a model of involvement for our community. In addition, his career as a university professor reflects his interest in sharing knowledge, which makes him an inspiring choice for a school and for the education of our students.

Our family is sincerely honoured that the new secondary school community centre in Whitehorse is named after our ancestor Paul-Émile Mercier. Marie-Louise Taché and Paul-Émile Mercier were married in Yukon and we are extremely proud of these roots. We offer our warmest greetings to the entire Yukon Francophone community and look forward to soon revisiting your beautiful part of the country.

Paul-Émile Mercier was born in 1877. Son of Virginie Saint-Denis and Honoré Mercier, former Premier of Quebec, Paul-Émile left his mark in Yukon as an engineer. He helped develop Yukon's transportation system in the early 20th century.

In 1901, he married Marie-Louise Taché in Whitehorse. In 1903, Mercier became director of the Department of Public Works in Whitehorse. His work led him to move around the territory. Among other things, he directed work at the Five Finger Rapids to make them less dangerous for navigators.

Returning east with his wife, he held a position as chief engineer for the city of Montréal from 1914 to 1919. Mercier's name is associated with several important functions: major in the army, land surveyor, professor at the École Polytechnique de Montréal, not to mention his participation as a member of numerous societies and associations. Paul-Émile Mercier died on August 24, 1926, at the age of 49. Paul-Émile Mercier is the great-grandfather of the Honourable Thomas Mulcair, who served as the leader of the New Democratic Party in Canada from 2012 to 2017.

Construction project of the CSSC Mercier

In April 2019, Ketza Construction began construction on the Riverdale Education Reserve. The new school, which will accommodate up to 150 students, will offer programming for French First Language students in Grades 7 to 12. It will provide a rich and stimulating environment that will inspire students to develop their full potential for years to come.

The initial deadline for completion was summer 2020, followed by a final phase to fit-up and commission the building. Due to COVID-19, the date of entry of students is still to be determined and will be shared once available.

Funding for the project includes $7.5 million from the Government of Canada and its Official Languages Support Program. These funds finance community spaces, which will be shared with the community and other students on the campus. It includes spaces for a multi-purpose room, a community radio station, a community kitchen and an atrium to host a variety of activities and events. The CSFY provides monthly updates on the progress of construction on its website and on social networks. The Government of Yukon also updates an online page to keep the community informed.