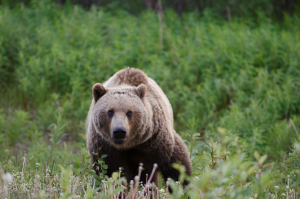 The Government of Yukon and the Yukon Fish and Wildlife Management Board have released the conservation plan for grizzly bears in Yukon. The plan will help guide decisions related to grizzlies in the territory by ensuring they remain healthy in their habitat and that their population is sustainable.

Goals of the plan include minimizing human-grizzly conflicts and taking care of the land and other species that grizzly bears rely on.

Grizzly bears are important to Yukon’s ecosystem and also offer valuable opportunities for tourism and sustainable hunting. I would like to thank everybody who provided input and helped develop this plan. Wildlife management is a collaborative process and we are pleased that this plan reflects local, scientific and traditional knowledge.

We believe this plan reflects the important knowledge and values Yukoners have about grizzly bears. We would like to thank each of the First Nation Governments, Renewable Resources Councils, various organizations, and the public that contributed to the development of this plan. We hope this plan enables partnerships and decision-making that will enable grizzly bear conservation and habitat protection for future generations.