The life of Zhùr: a mummified ice age wolf pup from the Klondike 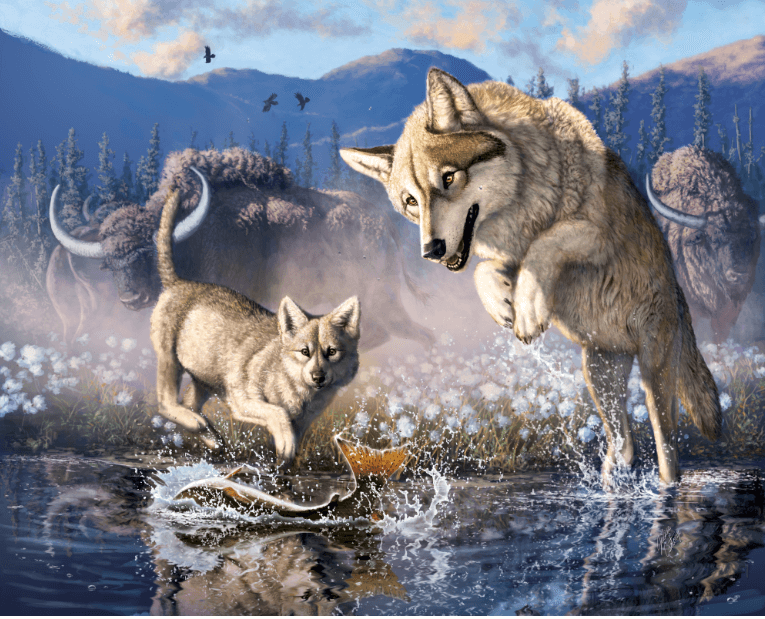 In 2016, an ancient, mummified wolf pup was discovered in the permafrost by Yukon miners working in the Klondike goldfields near Dawson. This tiny wolf pup, named “Zhùr”, which means “wolf” in the Hän language, is said to be from the ice age.

Results from a scientific study have now been published in Current Biology, identifying this mummified Pleistocene gray wolf pup, Canis lupus, from the Yukon Territory. This study’s scientific team was led by Dr. Julie Meachen, a palaeontologist from Des Moines University, and Dr. Grant Zazula, a Yukon palaeontologist. Important classifications within the study are: the age of the wolf pup, how long it lived, its diet and its genetic relations to other ancient wolves from the ice age period.

The scientific team worked with the Tr'ondëk Hwëch'in to highlight the cultural importance of wolves and other ice age mammals within their community. Zhùr is on display at the Yukon Beringia Interpretive Centre.

Yukoners take great pride in the amazing ice age remains that are found in the permafrost, like Zhùr the ancient ice age wolf. This ancient being was also brought to life through the cultural knowledge of the Tr'ondëk Hwëch'in who share a deep connection with this wolf from their ancient past.

Blending traditional knowledge with western scientific methods guarantees a magnified understanding of our home and the species who shared this land with our ancestors and ourselves today. We are pleased to be at the leading edge of the movement to incorporate traditional knowledge into scientific research and pleased that Zhùr has reached out to us from our ancestors to teach us more about our environment from long ago.

Mummified remains of ancient animals in North America are incredibly rare. Studying this complete wolf pup allows us to reconstruct how this wolf lived during the ice age in ways that would not be possible by looking at fossil bones alone.