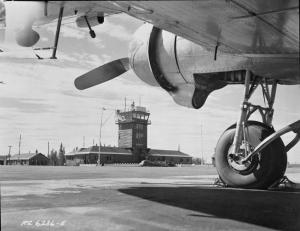 Yukon has formally added another Yukon Historic Site to its registry with the addition of the Watson Lake Air Terminal Building. Minister Jeanie Dendys has designated the site under the Historic Resources Act.

As a Yukon Historic Site, the historic character of the site and building will be preserved. A formal ceremony commemorating the designation will take place in the community next year.

Historic sites are a physical connection to our shared past. The Watson Lake Air Terminal Building has significance for Yukon, Northwest Territories and northern B.C. residents. I am proud it will be preserved for future generations to appreciate.

I am so happy to see the Watson Lake Air Terminal Building receiving the Yukon Historic Site designation. This beautiful building, with so much history, is very deserving and is something Watson Lake can be proud of. Thank you to everyone who helped with the nomination.