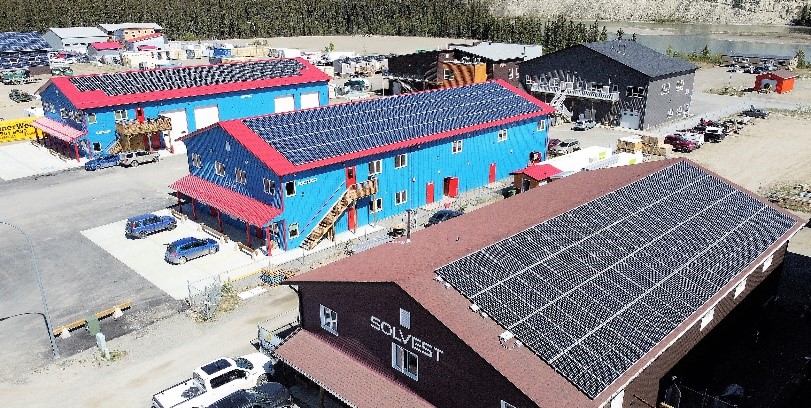 The agreement signed between Yukon Energy and Solvest Inc. commits the utility to purchase the renewable electricity generated by the company’s proposed solar project on the North Klondike Highway for the next 25 years.

Solvest’s 1 megawatt project is the first large-scale solar project in the Whitehorse area and the second independent power producer to sign an electricity purchase agreement in Yukon.

Once constructed, Solvest’s solar array will be the largest solar array operating in the territory. It will generate approximately 1.84 gigawatt hours of renewable electricity each year, about the same amount of electricity used by 153 Yukon homes in a year. Construction is slated to begin in August and completed in November 2020.

As demand for electricity grows, it is important that we increase the amount generated from renewable sources. This local renewable energy project creates jobs and opportunities for Yukon businesses, supports energy self-sufficiency, makes us less vulnerable to changing fuel prices and helps us transition to a clean energy economy. Signing this agreement brings certainty to Solvest as a green economy investor and to Yukon Energy and its customers on the price paid for power over the next 25 years.

Yukon Energy is committed to renewables. By 2030, our goal is to have more than 97 per cent of the electricity generated on the Yukon grid, on average, to come from renewable sources. In addition to the renewable projects we are building on our own, entering into these types of agreements with Independent Power Producers and purchasing locally-owned and generated renewable electricity helps us reach our renewable electricity target and build a sustainable energy future in Yukon.

Solvest is pleased to take a leading role in renewable energy development in Yukon. This project will provide an economically viable example of solar in the North and help encourage further development of renewable energy here and across northern Canada. As a local company, we look forward to working with Yukon government, Yukon Energy and ATCO Electric Yukon to bring this project online and begin supplying Yukoners with renewable energy for decades to come.