April snow survey shows snowpack in the Yukon is above average 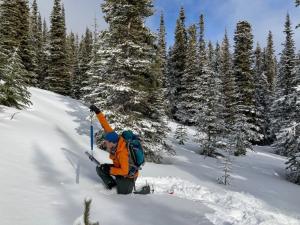 Results from the Yukon government’s April 1 Yukon Snow Survey Bulletin and Water Supply Forecast show that snowpack throughout the Yukon is well above average.

Eight of eleven monitored basins have the highest basin snowpack estimates ever recorded, while the remaining three basins have well above average snowpack.

Record setting snowpack in many watersheds in the territory increases the potential for flooding during river ice breakup and spring snowmelt.

While snowpack is one risk factor for flooding during the spring breakup and snowmelt period, spring weather is also critical. The timing and progression of snowmelt and precipitation events are important drivers of flooding regardless of snowpack levels.