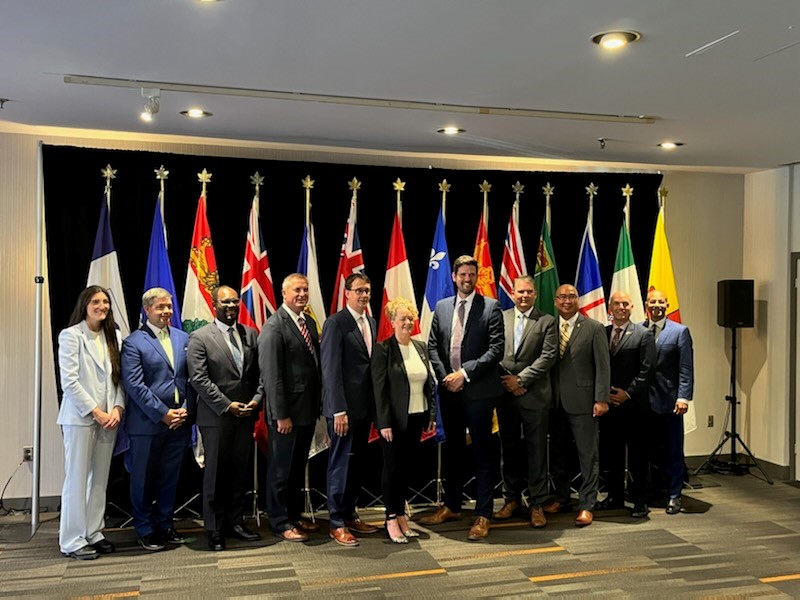 Minister Ranj Pillai joined counterparts from across Canada at the Forum of Ministers Responsible for Immigration in Saint John, New Brunswick on July 28 to discuss pan-Canadian labour shortages and the future of immigration to Canada. The meeting focused on how to make immigration to Canada more efficient and effective in meeting the diverse economic needs of territories and provinces, including increasing the allocations of provincial and territorial nominee programs, such as the Yukon Nominee Program, and increasing certainty to help territories and provinces plan for longer term immigration strategies.

Ministers also discussed the role of immigration in economic recovery across Canada, the response to Russia’s invasion of Ukraine, the humanitarian crisis in Afghanistan, as well as measures to attract immigrants to meet labour market and demographic needs throughout the country.

The Government of Yukon will continue working with federal, provincial and territorial partners to improve immigration services and address the labour shortage both in the Yukon and across Canada.

This was a timely meeting as jurisdictions from coast to coast to coast face labour shortages that are impeding economic recovery. I was very pleased with the level of collaboration amongst my colleagues. We share a commitement to enhancing immigration programming in a way that will streamline the process for those who want to come to Canada, while still meeting the needs of our respective regions. Immigrants have long played an important role in strengthening and diversifying the Yukon’s economy while contributing to the vibrancy of our territory’s cultural fabric. I look forward to improving our immigration programs to better support employers throughout the territory.

News release #:
22-253
Related information:
Forum of Ministers responsible for immigration
Federal, provincial and territorial immigration Ministers meet to plan for the future of Canada’s immigration system
The Yukon and the Philippines sign Memorandum of Understanding on immigration
Ukrainian Family Support Desk launched to help Ukrainians seek residency in the Yukon and Canada