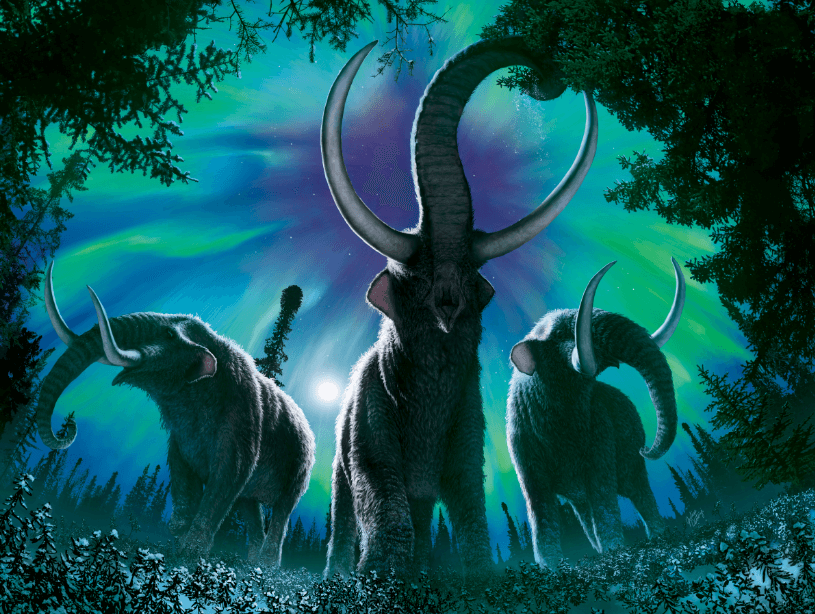 The Government of Yukon’s palaeontology program has helped co-author the first large-scale genetic study of American mastodons being published in the prestigious scientific journal Nature Communications.

To mark the release of the article, the Yukon Beringia Interpretive Centre along with the American Museum of Natural History will be hosting an online panel discussion with lead scientist and author Dr. Emil Karpinski, Yukon palaeontologist Dr. Grant Zazula and other collaborators. Entitled Mysteries of the Mastodon, the discussion will highlight Yukon’s role as a key site for the study of responses and adaptations to climate in prehistoric animal populations.

Recognizable for their tusks and muscular trunks, the mastodon was one of the largest mammals on earth during the ice age. Roaming from present-day Yukon and Alaska to as far south as Mexico, the species went extinct approximately 11,000 years ago.

By examining DNA preserved in fossilized teeth, tusks and bones from these ancient creatures, including specimens from the Old Crow and Dawson City areas, the international team of scientists found that ice age American mastodons migrated northward to the Arctic multiple times in the past in response to dramatic global warming events of the ice age.

For more information and to participate in the event, visit the Yukon Beringia Interpretive Centre’s Facebook page.

This study is another great example of the significance of the Yukon Palaeontology Program’s research. With our outstanding fossil records and knowledgeable and dedicated team, Yukon continues to be a leader in Beringia and ice age research.

The pattern of ice age animals moving northward when climates warmed up is very similar to what we are observing with present-day wildlife. Yukon’s fossil record of American mastodons provides valuable perspective to climatically-driven movements of animals into the North.