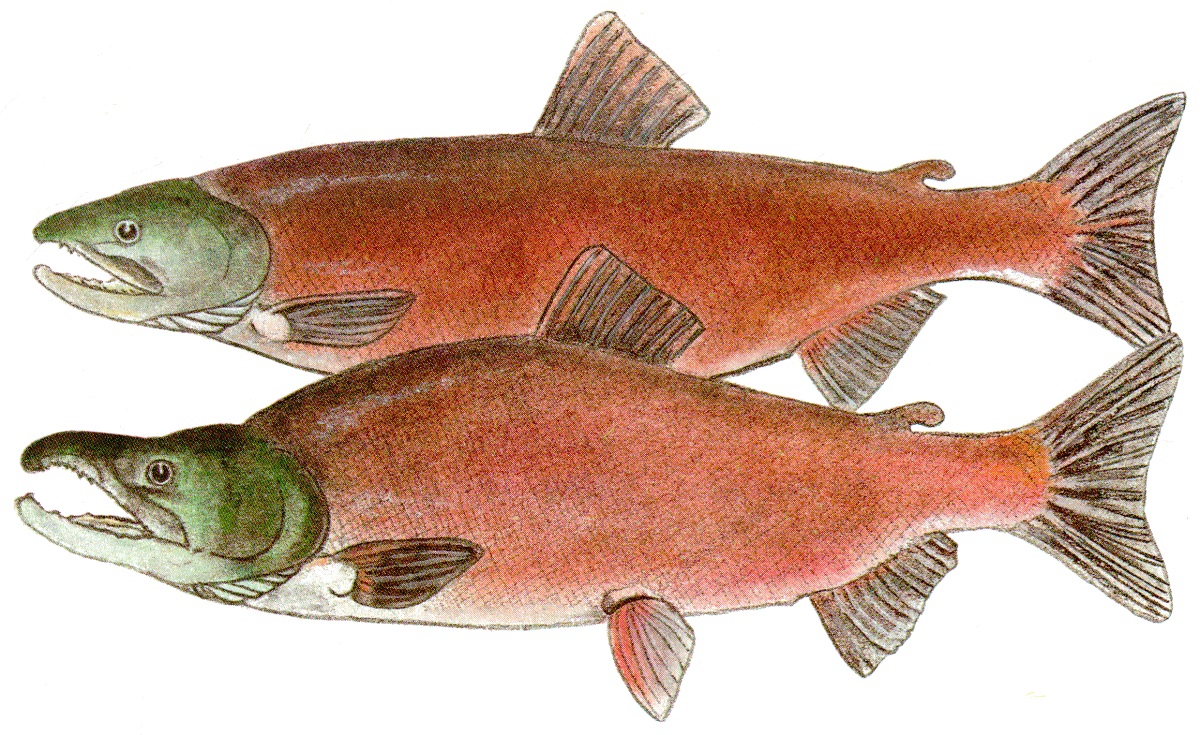 Kokanee Salmon are the landlocked version of Sockeye Salmon and nearly identical except for their smaller size. They spend their entire life cycle in lakes. At spawning time, they take the appearance and colouration of Sockeye Salmon becoming bright red on the back and sides. During most of the year they are in deep water, feeding on zooplankton and chironomid larvae.