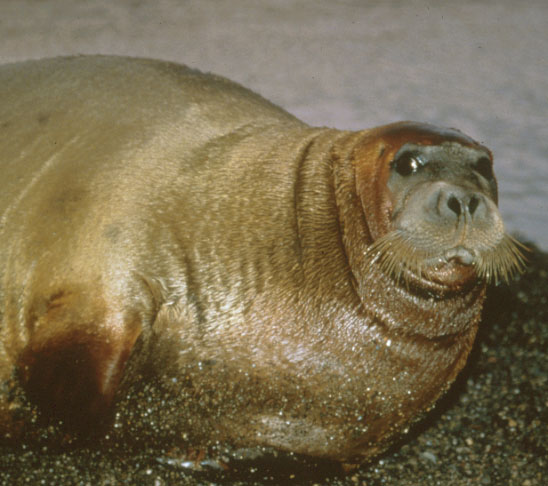 The waters off the North Slope of the Yukon and Herschel Island are the only place where you’ll spot these marine mammals.

All Yukon seals are phocids or “true seals”. They are sometimes called “crawling seals” because they do not “walk” on their flippers like sea lions, but rather waddle on their bellies when on land. Bearded Seals are not social and are seldom found in large groups. They are curious seals that are easily attracted. They do not undertake long migrations but sometimes can be carried large distances on sea ice.