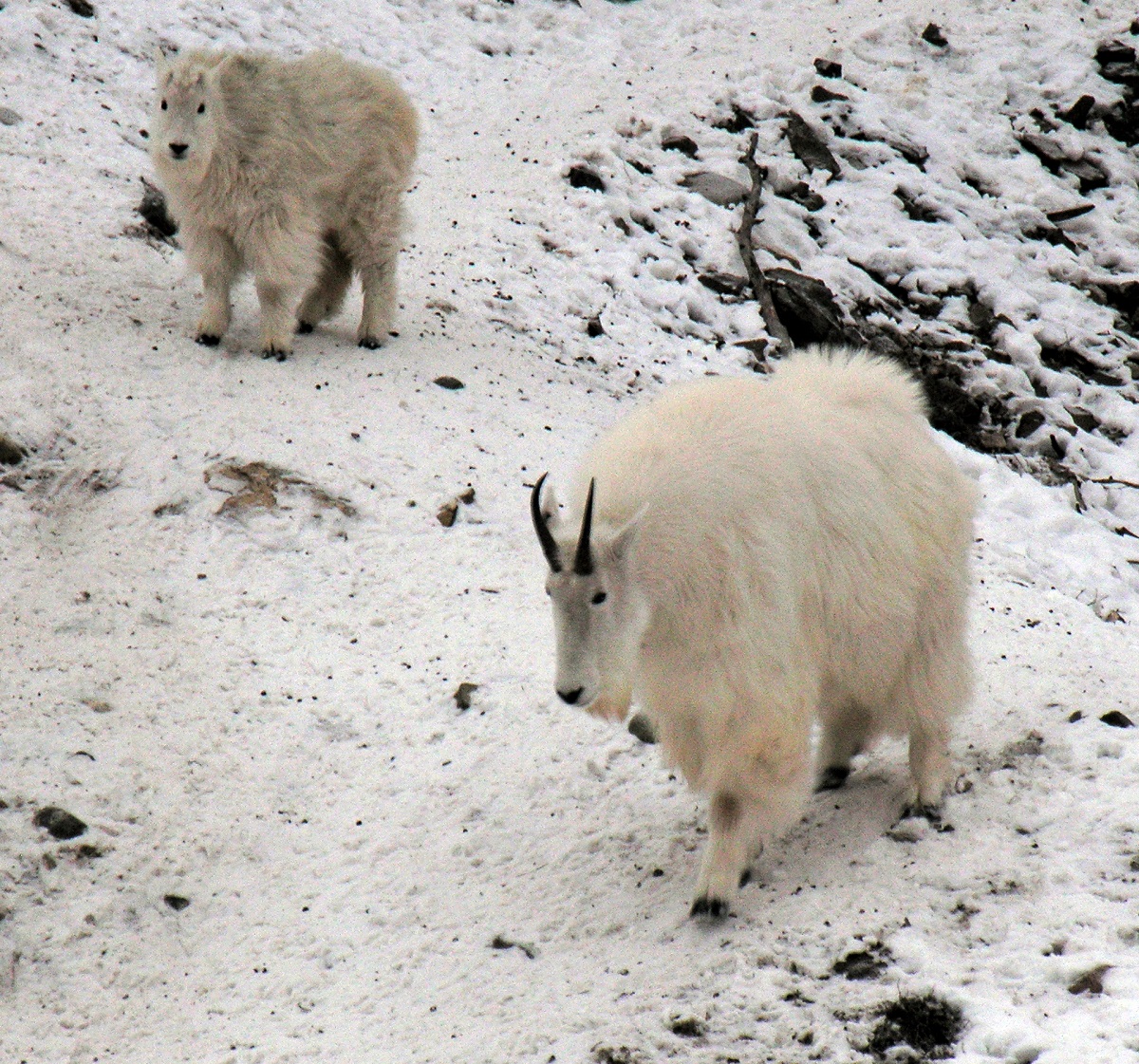 Mountain Goats live on precipitously steep rocky cliffs so they can quickly escape predators. They are generally solitary though kids will stay with nannies for about a year. Male Mountain Goats do not butt heads but instead they aim for hindquarters and bellies occasionally piercing internal organs with fatal results. 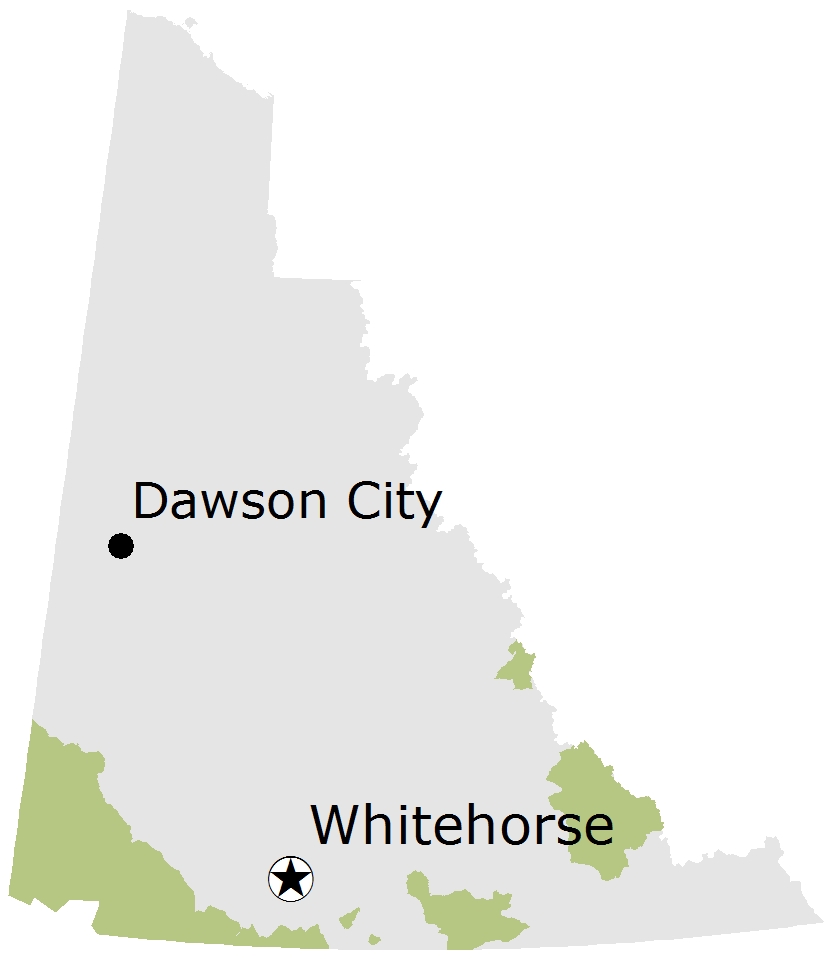 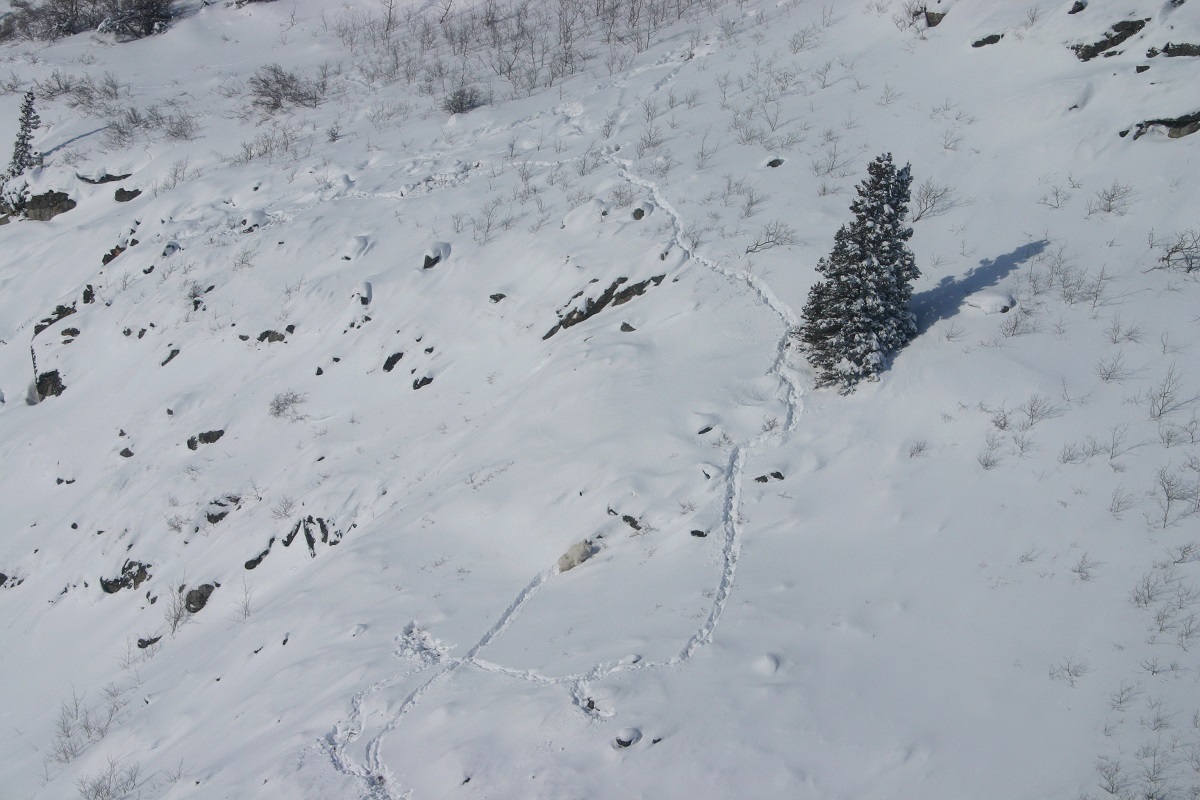 Tracks in the snow.